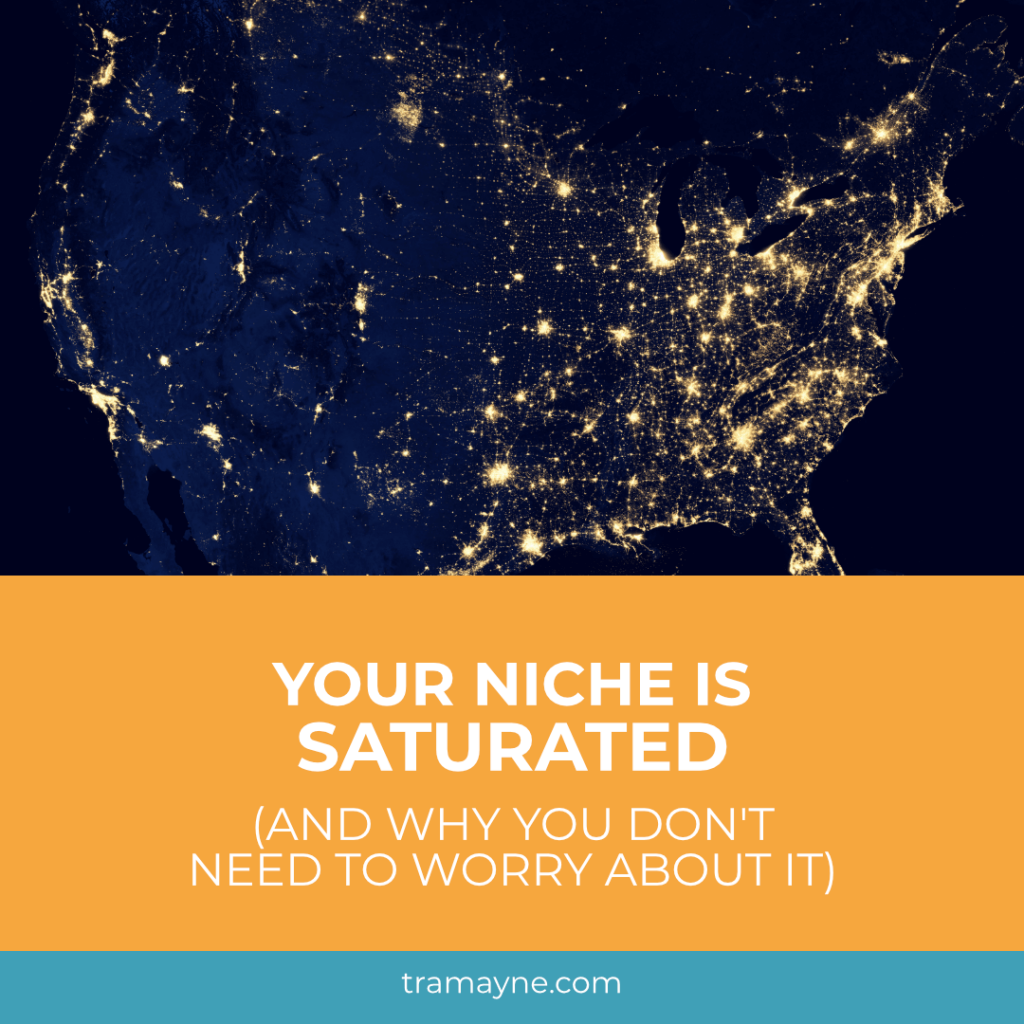 I’ve had a few clients worry about choosing a niche that is too saturated.

And if they’re worried about it, I’m guessing you might be too.

That there are too many coaches doing the same thing.

I had the same worry when I decided to focus on helping coaches.

Pretty much every niche feels saturated.

That’s just the way it is.

The good news is that there are over 329 million people in the United States alone (I looked it up).

How many of those 329 million people do you need to have a thriving coaching practice at any one time?

Now, I know you may be thinking…

“Well, a lot of those will be kids or the elderly who wouldn’t want or need my coaching”

I also looked that up.

For any given age and gender, the average is about .62% of the population.

So even if you decided to only work with 40-year old females, that’s over 2 million people.

Do you think that you could attract twenty 40-year-old females from over 2 million?

I think you could.

Now, you have a lot of things to focus on when growing your coaching business.

Worrying that you’re in a saturated market shouldn’t be one of them.