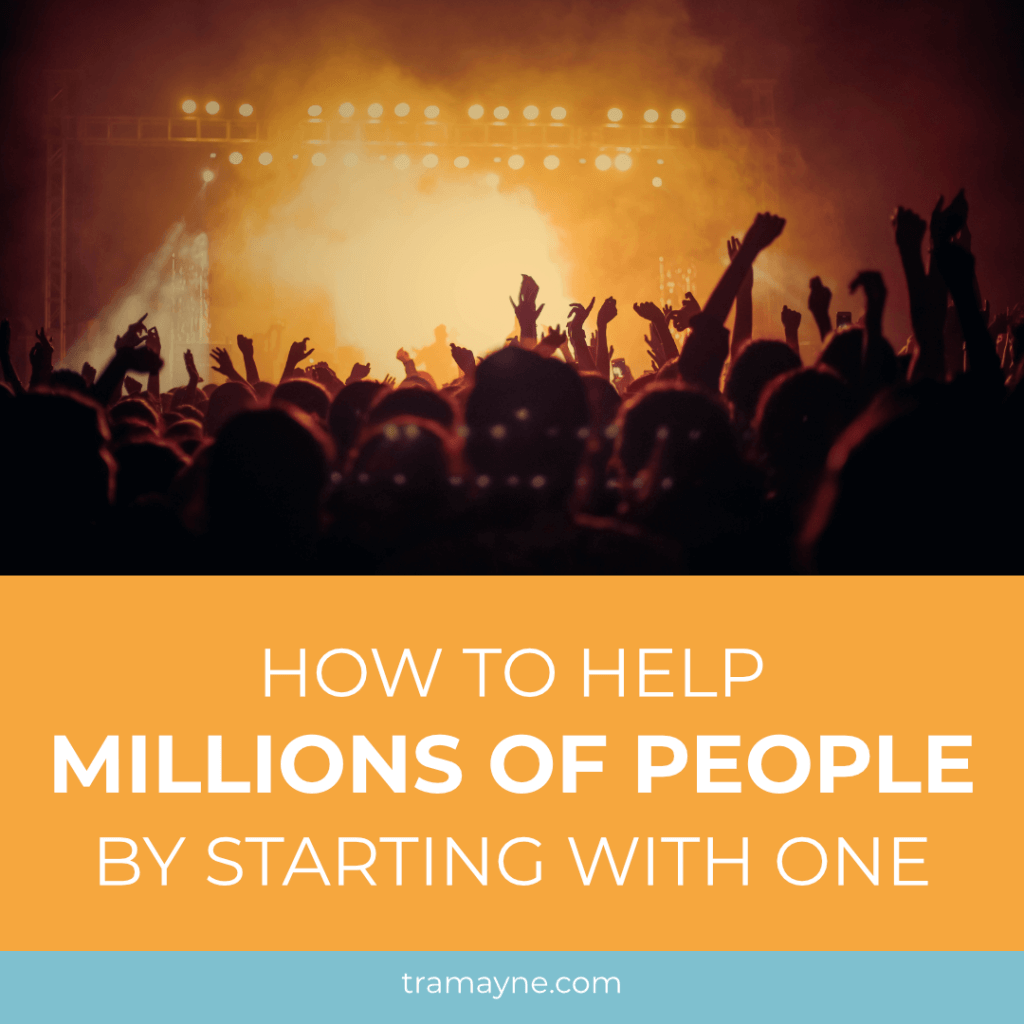 How to help millions of people by starting with one

Which means I’ve had the privilege of speaking to a lot of coaches about their businesses.

And in many of these conversations, coaches have told me they struggle with the idea of choosing a niche.

Some are worried because they want to go big.

They see themselves on big stages speaking to thousands of people. They want to have a massive impact on the world.

But they don’t see how that will be possible if they narrow down their niche.

Here’s what I tell them:

The people and companies who are making a huge impact and selling to “everyone” today?

They didn’t start out that way.

They’ve all started with one.

Amazon started out in the 90’s selling books online.

They competed with physical bookstores, such as Borders Books (may it RIP) and Barnes & Noble, by selling books at huge discounts.

And they became hugely successful in that one thing. As the go-to-place for people to buy books online.

It wasn’t until later that Amazon began to expand beyond books and sell other products.

Now they’re a household name and hold something like 40% of the U.S. market in all consumer goods.

But here’s the thing…

They wouldn’t be where they are today if they had tried to sell All. The. Things. from the beginning.

That would have been too much. They weren’t ready.

They had to build the infrastructure, systems, and everything else to be able to handle that kind of business.

The same goes for the people who have become hugely successful in the “experts” space.

She started out as a business coach and put her singular focus on filling her flagship program, B-School.

For years that was what she did.

Marie would create a bunch of content throughout the year to grow her audience. And then she’d channel all that goodwill and attention into her one big yearly launch of B-School.

Which is how she was able to make that hugely successful.

You can’t help millions of people until you get focused on just one.

Start by serving a smaller community within a specific niche.

Be their biggest cheerleader. Their greatest problem solver. Be the one who understands them the most, who speaks to them in their language and truly hears them.

Grow by becoming the best coach in that one niche.

And then you can use that momentum to expand your impact even further.

It’s easy to become paralyzed because you don’t know where to start. Or you don’t feel ready.

If that’s the case, the best way I can help you is with a Total Niche Clarity Call.

In this powerful and laser focused 45-minute, 1-to-1 session, we’re going to:

To reserve your Total Niche Clarity Call, click the link below:

I’m looking forward to being a part of your mission.

Do you want a hobby or a business?

How do you want to sell?

Tired of selling yourself as a coach?