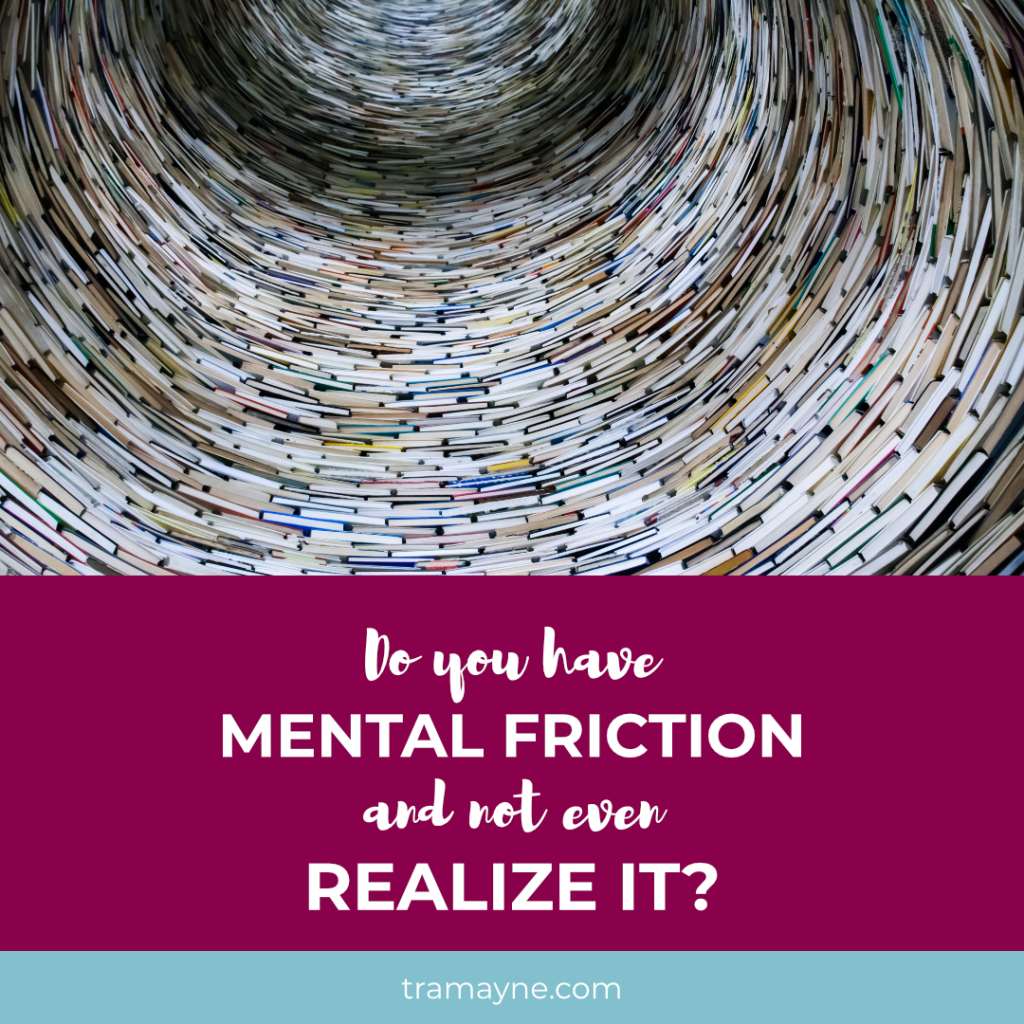 Do you have mental friction and not even realize it?

I've been considering adding YouTube videos to my marketing workflow starting in 2021.

So, I've been on YouTube quite a bit seeing how others have done it.

And since I'm a productivity geek, I've been on channels that focus on helping people save time.

I've basically been binge-watching how to be more productive.

But to be fair to myself, this is at the end of the day when I'm dead tired and don't actually have the energy to do much else.

And I came across one YouTube channel that made me realize how much my physical space has been causing me mental friction.

Now, I'm not in any way a hoarder.

Before going down this particular rabbit hole, I considered myself to be a comfy minimalist. Wanting my home to be a sanctuary — serene, calm, etc.

And it is at first sight. With a couple of exceptions, each room conveys a sense of warmth and comfort. Exactly what I want.

But this YouTube channel helped me realize how much extra stuff I have in my home that I don't need and, more importantly, haven't been using.

And how much mental friction it's been causing without me being aware of it.

For example, I had all of these clothes in my closet that I don't wear — either they don't fit anymore; they never really did fit very well but I was too lazy to return them; or they were just a ridiculous purchase to begin with.

I also had a bunch of "I may use it someday" stuff — appliances, kitchen utensils, hobbies, crafts, and don't even get me started on books.

For example, I had a bunch of stuff from a craft project that a friend and I worked on about 6 years ago. We spent a fun and silly afternoon creating fridge magnets. I held onto that stuff thinking that I might want to do it again.

Nor do I have any specific plans to create more magnets.

So I gathered up all the materials and asked my neighbor who has young grandchildren if she'd like all of it. She's retired and on a very tight fixed income. She was thrilled to take it. She now has enough material to make her grandkids some fun Christmas presents without spending any money.

So this stuff that has been causing me this mental friction is now in the hands of someone who will actually make use of it.

I've been asking myself, "Do I have specific plans to use, wear, or read this thing in the next 6 months?"

If the answer is no, I've been packing it up and giving it away or donating it.

The huge benefit to me has been less mental friction.

Until you actually release the stuff, you have no idea how much mental friction it causes.

This will probably sound strange, but it feels like my memory is better. Like every item in my home takes up a space in my brain and by removing it, I'm allowing other more important things to move in.

At this point you may be wondering, what does this have to do with building a coaching business.

I think this mental friction also applies to tasks and projects.

If we have too many, or we're trying to do all the things, it causes mental friction that we may not even be aware of.

I believe that's why The Coaches Accelerator works so well. 🙂

It gets rid of all the extra friction.

It keeps you focused on what's most important instead of everything you could do.