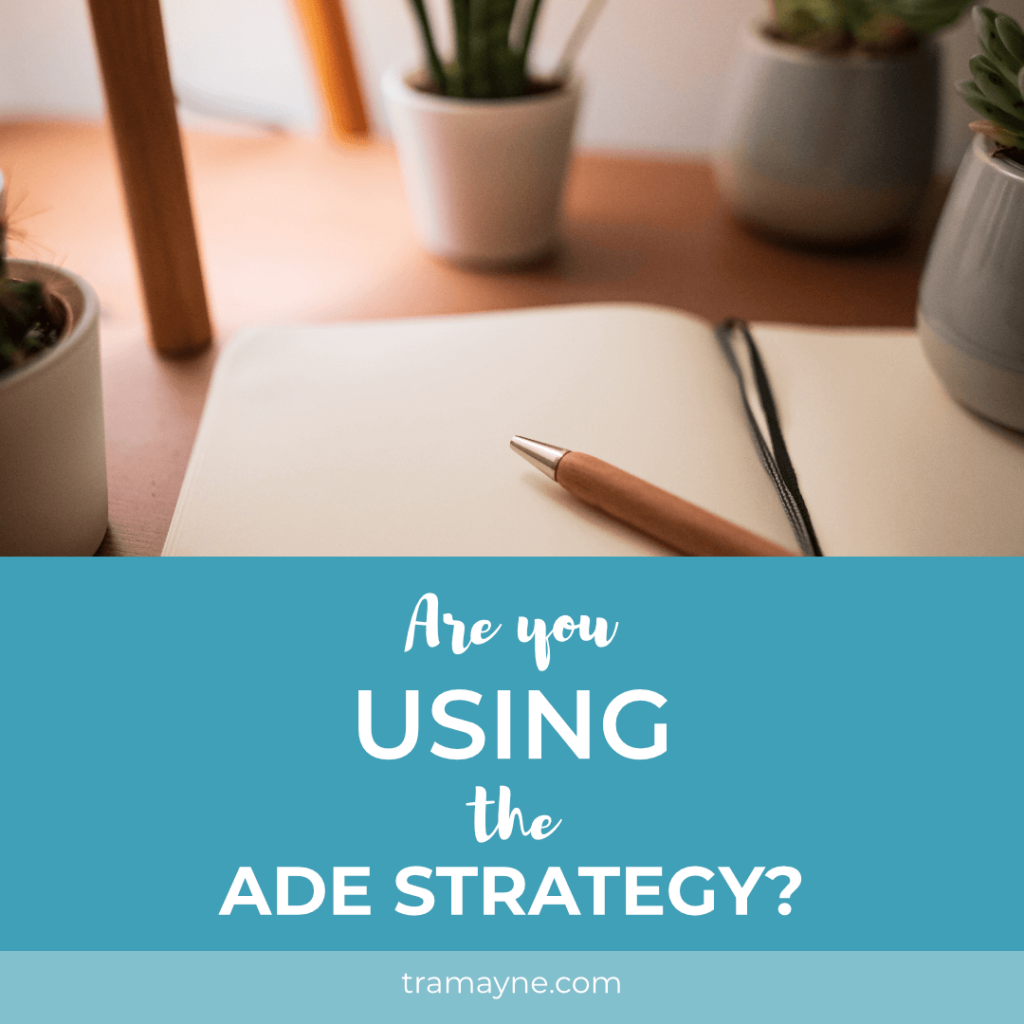 Are you using the ADE strategy?

I've been working on a webinar funnel for the past couple of months.

And I have to tell you it's been taking a ridiculously long time.

I used to do a live webinar every week, but I haven't done one in at least 3 years.

When you do something every week, it becomes second nature.

And you can't imagine that you'll ever forget how to do it.

The problem comes in after you've been out of it for a time.

See, I didn't create a playbook for it.

A playbook is what's called a standard operating procedure in the corporate world.

Right now, I'm kicking myself for not creating one 3 years ago.

Because I haven't done one in so long, I've had to revisit and study the webinar courses I purchased back then.

So basically, redoing all that work.

There's so many other things I'd rather be doing than watching videos and taking notes on stuff I've already done.

But, I've learned my lesson, and this time around I'm doing it better.

I'm creating a webinar playbook that will allow me to make this process much, much faster for any webinar funnel I create in the future.

All of this has reminded me of a strategy that I actually have been doing that has been working wonders for me.

It's called ADE, and unfortunately, I can't remember where I learned about it. Otherwise, I'd give credit.

As you go through your day working on tasks in your business, ask yourself, "Can this task be automated, delegated, or eliminated?"

If so, quickly jot down the task under the appropriate category.

And then keep going with the task.

Then, when you have time, start with the 'Automate' category and decide what each task needs.

For example, let's say you're writing a follow-up email to a potential client that you've had an enrollment conversation with. Can you turn that email into a template to make it faster for you in the future?

Then you can work on the 'Delegate' category.

If you have a team, you can start delegating the tasks in that category.

If you don't have a team, you can think about whether it would be useful to hire someone on say, Fiverr, or hire a VA for a few hours a week.

Once you have all your tasks that belong in the delegate category listed, you'll have a better idea of what kind of help you want and for how much time per week.

And, of course, eliminating any tasks in the 'Eliminate' category.

The cool thing is that you can start categorizing your tasks now no matter where you're at in your business.

And honestly, the sooner you start doing this, the more you'll thank yourself in the future.

I hope this serves.