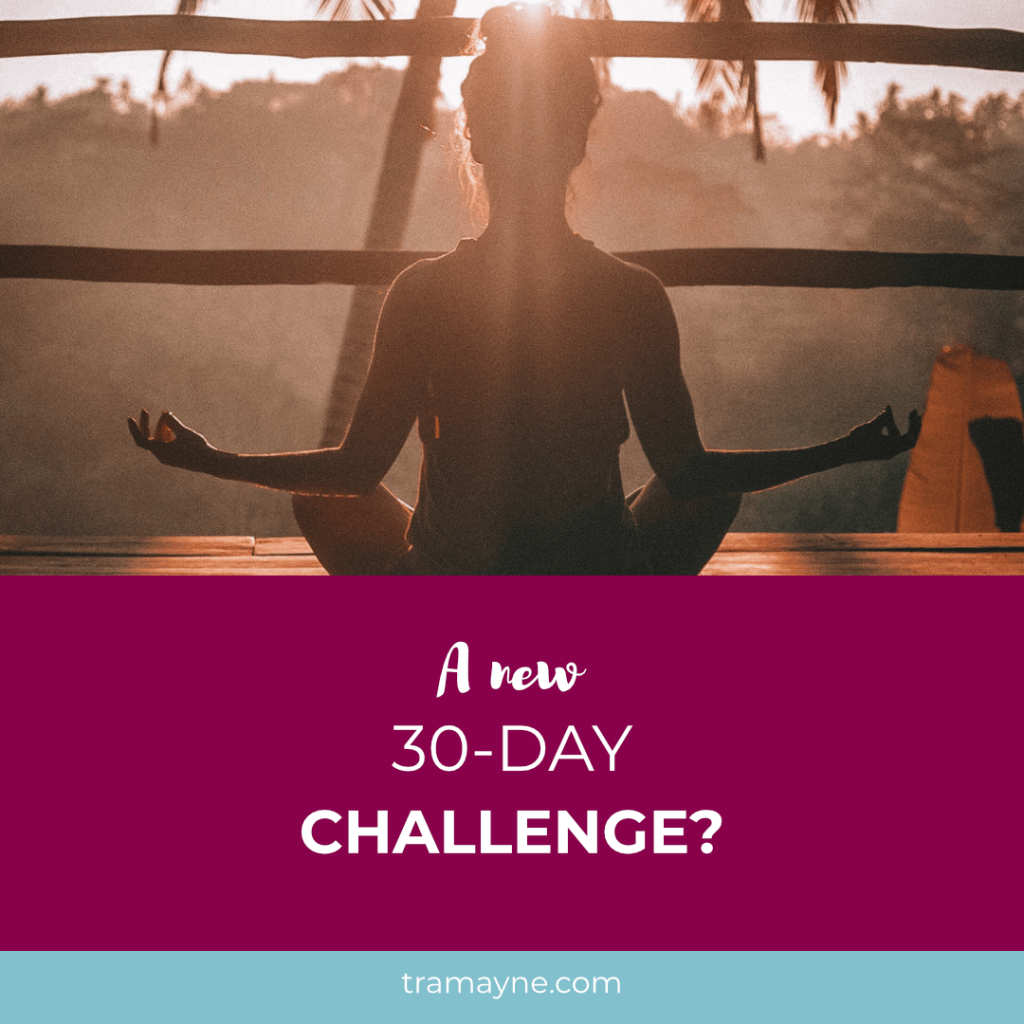 Since the end of the 30-day writing challenge, I've had a few moments of...

"Oh my God, I forgot to write today's email!"

And then realizing I'm fine. No email to get out today.

There's this strange withdrawal that happens when you do something daily and then suddenly stop.

And I'm finding myself missing doing a daily challenge.

And it got me thinking that I'd like to do another challenge starting in September. And perhaps get into the habit of doing a new daily challenge every month.

Not a writing challenge.

At least for now.

The goal of the writing challenge was to help me get neutral, to have no emotional response, to anything negative around the emails & blog posts — things like low open rates, unsubscribes, spam complaints, or negative comments.

And I think the writing challenge did that.

Now I'd like to take it to the next level.

So I've been thinking about what it could be.

But I want it to be something I'm nicknaming a "keystone challenge."

According to Charles Duhigg, author of "The Power of Habit"...

"Keystone habits are “small changes or habits that people introduce into their routines that unintentionally carry over into other aspects of their lives.”

The idea is that a keystone habit creates a domino effect that changes every area of your life.

My thinking is that if I set up a challenge every month with a keystone habit, by the end of the month it will actually be a habit, or I will at least find it easier and do it more often with more ease.

So by the end of a year, I would have some solid keystone habits in place.

There are a ton of keystone habits. Some examples are...

But I think I'm going to choose meditation to start because it takes the neutrality that I was wanting with the writing challenge to a whole new level.

And maybe it's the crazy times we're living in, but I love the idea of being able to take that neutrality into every area of my life. No matter what's going on.

Do I think I'll become a Zen master by the end of the month?

But I am really curious to see what changes.

So, starting next month, I'm going to begin meditating for at least 15 minutes per day.

I'll start by listening to meditations on Insight Timer and then go from there.

What do you think?